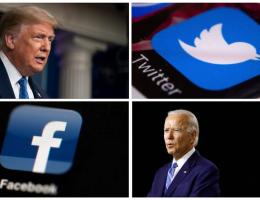 The recent rise of Parler – as well as other social media alternatives that appeal primarily to conservatives and that got their start largely by attracting the far right – raises the specter of further political polarization through digital means. Parler and others, like MeWe and Gab, are gaining momentum with a promise not to censor their users for behavior that might violate the policies of their rivals.

Parler said in its Nov. 7 "community guidelines" that it won't decide what content will be "removed or filtered, or whose account will be removed, on the basis of the opinion expressed within the content."

Supporters say Parler is preserving free speech and is correcting for the overreach of the mainstream social media platforms, which applied labels to or limited the reach of many of President Donald Trump's misleading posts during the week of the election.

"Constantly jumping in and correcting things for the record and feeling like it’s one way feels inappropriate to me," said Trent Read, a Salt Lake City area resident, who said he's planning to shift from Twitter and Facebook to Parler. "If I can be a small part of sending a message to them to tell them to stay out of my business, that would be a positive thing."

But, much like the social media site Gab, Parler has quickly attracted the extremist crowd in addition to self-proclaimed center-right conservatives like Read. Groups from the far-right Proud Boys, which includes large numbers of white supremacists, to heavily-armed anti-government militias have gathered on the site to spread conspiracy theories, racist memes and false claims of election fraud.

Yet for an electorate stricken with deep fissures on race, politics and class, the act of dividing social media loyalties into liberal and conservative camps could reflect a natural next step deeper into polarized terrain.

"I think it’s inevitable that we’ll see the rise of conservative, separate or distinct, social media," said Jonathan Rauch, a senior fellow and U.S. political scholar at the Brookings Institution, a Washington-based think tank. "It’s only a question of where and how fast it will form and how extreme and partisan it will become."

Proponents of conservative alternatives to Facebook, Twitter and YouTube say that they are exercising their free-speech right to establish a forum for political discussion free from the moderation policies of the mainstream platforms.

Parler said it will only take down content or accounts that are being "used as a tool for crime, civil torts, or other unlawful acts," including terrorism, child pornography or copyright violations. Promoting spam also qualifies.

“People deserve better," Parler said in a statement last week after Facebook and Twitter took action against Trump's tweets. "They don’t need to be coddled, assigned a ‘safe space’ where they are told what they are permitted to think."

That message seems to have struck a chord. Parler was the No. 1 free app downloaded through Apple's App Store and Google Play on Tuesday,according to market research firm SensorTower.

What's more, Facebook users have been gathering momentum with coordinated plans to convince people to leave the platform.

A public group promoting a "mass exit" off of Facebook on Nov. 13 had attracted more than 451,000 people who said they're "going" or "interested" as of Tuesday afternoon.

"The point of this movement is to get off of these censored social media pages," the group's organizer posted on Monday. "I encourage everyone to go on any social media site that will not censor you. No more 'fact checkers' or people deleting or putting us in time out."

Parler said its membership has jumped from about 4.5 million a week ago to about 8 million. Among its users, about 500,000 were active two weeks ago, and about 4 million are active now, Parler said.

"Our growth is not attributable to any one person or group, but rather to Parler’s efforts to earn our community’s trust, both by protecting their privacy, and being transparent about the way in which their content is handled on our platform," Chief Operating Officer Jeffrey Wernick said in an emailed response to USA TODAY questions.

Salt Lake City area resident Read said his frustration with the "nanny state" on Twitter and Facebook, particularly with their application of warning labels to the president's posts, was a tipping point for him.

"Hyperbole is where he lives and plays," Read said of Trump. "It feels like they don’t believe we have the intelligence to filter through hyperbole and figure out truth from error."

Prominent American politicians and media personalities have also made a point of joining the new platforms.

South Dakota Gov. Kristi Noem, a Republican, on Tuesday announced she had joined MeWe, a platform billing itself as the "anti" Facebook, with no ads, targeting, political bias or news feed manipulation. Fox Business anchor Maria Bartiromo said after the election that she was leaving Twitter for Parler, saying Twitter had "abused power."

A natural next step

Experts on political polarization say it's a natural outgrowth of our divided culture for Americans to begin choosing their social media services based on the political identity of those platforms.

"This is America in 2020," said Josh Pasek, an expert on political communication and misinformation and a professor at the University of Michigan. "We’re defriending people over politics. We have an urban-rural divide. We have a racial divide. At the end of the day, what do you end up with? You end up with an increasingly segmented society."

The environment that it fosters is conducive to confirmation bias, a psychological condition that describes our human tendency to seek out information that reinforces our preexisting beliefs. That tendency is not exclusive to one particular political persuasion.

Backers of the extremist ideology have migrated to Parler in recent months, said Angelo Carusone, president of Media Matters for America, a watchdog group that monitors news reports and social media. Militia groups and white supremacists, such as the Proud Boys, have also increased their activity on alternative social media services.

"A lot of the skeletons of the larger right-wing echo chamber have moved or set up shop on Parler, especially in the wake of some concerted actions by the platforms" like Facebook and Twitter to crack down on extremist content and misinformation, Carusone said.

He said Parler's reach is likely to be limited in part because it appeals almost exclusively to hard-core conservatives, unlike Facebook and Twitter, which have a broad cross-section of users who can come into contact with misinformation or misleading content circulating on those platforms.

"It’s going to give them that fervency and that ability to organize," Carusone said. "It’s going to become a genuine echo chamber where they’re really talking to each other."

That has certainly happened on Gab, a social media site that has largely become a gathering place for extremists from neo Nazis to the militia movement known as the Boogaloo Bois. Spurred on by founder and CEO Andrew Torba, who regularly posts conspiracy theories and shares posts from extremists, the site has gained a reputation as a repository of toxic content.

Among the topics that have flourished on conservative social media alternatives is the validity of the election results, including Democratic nominee Joe Biden's defeat of President Trump. Despite the absence of substantive evidence of vote fraud, accusations of electoral hijinks continue to thrive.

On Tuesday afternoon, active hashtags being discussed by users on Parler included #ELECTIONFRAUD, #STOPTHESTEAL and #VOTERFRAUD. Meanwhile, Gab's Torba sent an email on Tuesday to users claiming that his service will help expose "this fake 'President elect.'"

Rauch, the Brookings scholar, said the fact that Facebook "seems to favor conservatives" has been lost on the service's Republican critics.

"They've got their facts wrong," he said. But "we know that Trump world is in the business of disinformation. It’s their business model."

And that business model is likely to endure in the form of social media outlets that enable hard-core political content, he added.

"We’re going to have to live with it," Rauch said. 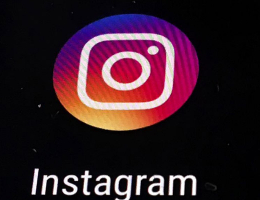 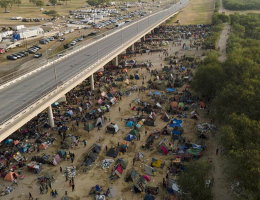 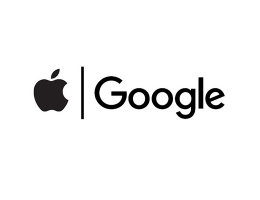 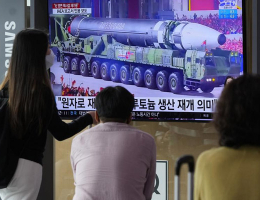